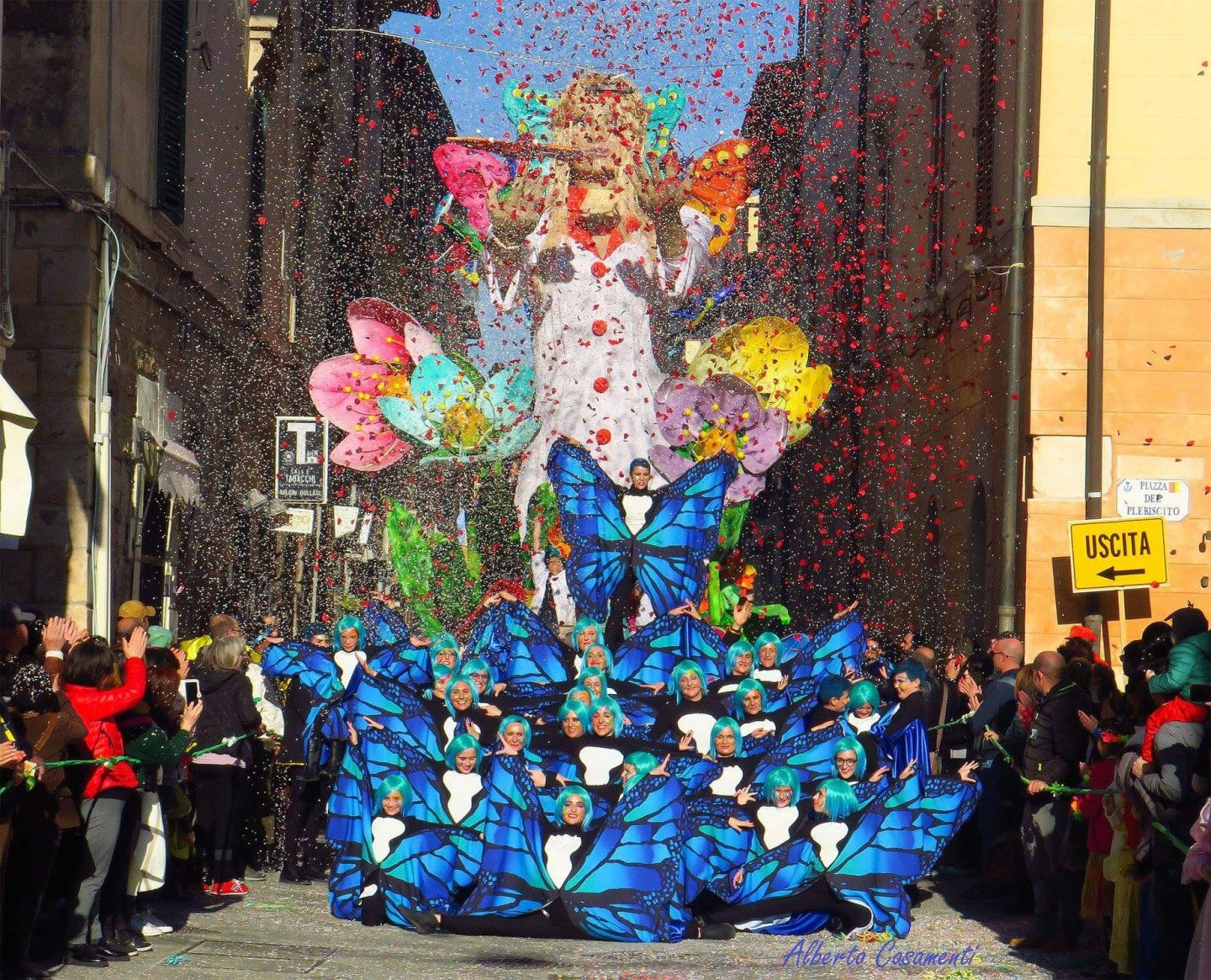 The history of “Carnevaletto da 3 soldi”

The organizers of the “Carnevaletto da tre soldi” chose the name of the event inspired by the title of a song by Katina Ranieri, which was a success in Sanremo in 1952, “A two penny song”, transforming the carnival into the “3 Soldi Carnival”. The floats were rudimentary, without movements, the music was played directly on the structure by musical bands, the first themes were fairy tales, animals, fictional characters that evolved with the advent of television, but the success was enormous, so much so that from 1955 in 1957 the “Carnevaletto” had an exceptional godmother: Tamara Less, an actress at the time very popular, who had made numerous films in the lagoon. 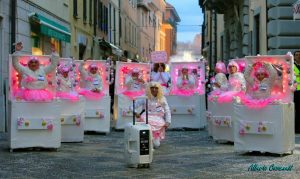 Most of the elementary teachers (Nigido, Cafiero, maestro Ercoli) were working on the sets and music for this event which, slowly, Corso Italia was struggling to contain, assisted by enthusiasts from all walks of life. The promoters of the carnival, each for his neighborhood, knocked on the doors of the houses, looking for the prettiest girls, more in tune or those who knew how to dance best to ask them to perform on the floats. The songs, often those of the previous Sanremo, were rehearsed in this or that bar under the guidance of experts, some of whom, like Maestro Ercoli, had also dedicated a song to the “Carnevaletto”. While the carnival was developing and becoming more and more a phenomenon of custom, the resources diminished and the “Carnevaletto” was interrupted, for the first time, in 1967. It took off again, then, at the end of the seventies: after several meetings with the new young promoters of a carnival event organized, in 1980, the Municipal Administration, which could count on some associations at the local level, inaugurated a new season of the “3 Soldi Carnival”. The Piazza d’Armi district and the children of central Orbetello were the first to sketch out attempts to introduce new papier-mâché carts of modest size. 1980 was still a test edition, the real show began the following year with the creation of “Rio 81” (Piazza d’Armi) and “Il Cavallo di Troia” (Neghelli).

Little by little the participation which, at the level of masks, groups and individuals, was already enormous, grew further thanks to the creation of wagons with increasingly numerous groups. The floats, in fact, became more and more impressive and well made, the puppets were treated in detail, the papier-mâché giants of the lagoon were taking their first steps in the direction of artistic greatness, in order to conquer what was becoming more and more, the coveted title of “Il Carrissimo”. 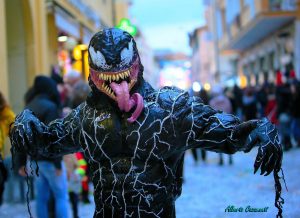 In the mid-eighties, the hamlets of Albinia, Fonteblanda and San Donato also joined the cheerful band of the “Carnevaletto”: groups of artists destined to be, together with others, great protagonists. During the first half of the nineties, the “Carnevaletto da 3 Soldi” reached its peak. A minimum of four structures paraded at the courses with peaks of five, thanks to the non-continuous participation of the Stazione district, Porto Ercole and, once or twice, also Pescia Fiorentina. The presence of the carnival was by now consolidated, it was a phenomenon rooted in such a way that it was impossible to think of February without “Carnevaletto”. With the arrival of the new century, the Carnevaletto experienced the crisis, there were numerous logistical problems that led to the closure of the event in 2001. The desire for carnival did not die out and so in 2008, the spectacle of children throwing confetti without a party dedicated to them, the carnival community made an important decision: it was time to commit to reviving the “Carnevaletto” again. Finally the association, which in the meantime had been formed, found a breach in the Municipal Administration and in 2009 the “Carnevaletto” was still a reality; he started from scratch and this enthusiasm allowed the event to be organized also the following year and the year after again, until today, setting off towards new goals. Today the participating districts are Albinia, Fonteblanda, Neghelli, Orbetello center and the station.