Choose your vacation, Trekking and hiking

Ring of the Lagoon of Orbetello 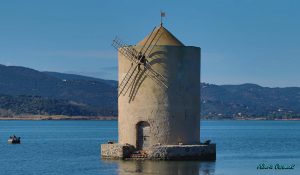 The itinerary is about 20kilometers long, completely flat. Except for some cycle crossings and a small part of the road, the route does not present difficulties, nor dangers to pay attention to. Given its characteristics, this ring is passable by everyone and with any type of bicycle. The cycle path starts from the forecourt of the Orbetello-Monte Argentario railway station, in Orbetello Scalo. Taking the track, follow the shore overlooking the Laguna di Ponente. Here you can meet the typical nature of marsh environments: there are numerous species of birds, including the beautiful pink flamingos, you can observe them mainly during autumn and winter. Going forward along the route, along the historic center, once passed, take the Dam, built in 1841 by Leopold II of Lorraine, who connects Orbetello to Monte Argentario and divides the lagoon of Orbetello into two bodies of water:  Laguna di Levante and Laguna di Ponente. Until 1944, the railway connecting Orbetello to Porto Santo Stefano also passed through it. On the right you can admire the enchanting Mill:  the only remaining windmill in the series of nine built by the Sienese and later restored by the Spaniards. The mill emerges suggestively from the waters of the lagoon and represents one of the symbols of Orbetello, it is circular in shape with a conical cover and a propeller with a rear wind and, together with the others, it was used to grind the grain that was brought with the barges (typical Orbetellane boats) to the inhabitants of the city. This stretch of cycle path is truly breathtaking. You cycle in the center of the lagoon enjoying a splendid view of the whole surrounding environment, on the left you can admire the tombolo of feniglia, while on the right that of the Giannella. At the end of the Dam, you must cross the road (we therefore recommend getting off the bike) and proceed towards Porto Ercole, thus entering again on a cycle path up to the Feniglia junction. Once you reach it, turn left and after a few hundred meters you will find, also on the left, a dirt road that indicates “Dune of Feniglia“, you must turn there. After a short time, you will find a gate, next to it there is a small access point for bicycles and pedestrians. Here is the entrance to the Feniglia Nature Reserve! The bottom of the dirt road is very well beaten and closed to urban traffic, 6 kilometers of forest await you with a long straight that cuts it longitudinally. The vegetation is composed of maritime pines, lycci, corks, junipers, shrubs  of the Mediterranean scrub, the noltre, it is not unusualto meet with the local fauna, among all the beloved donkeys (especially in the final part of the pine forest towards Ansedonia where the Forestry Corps is located). The reserve separates the open sea from the Levante Lagoon of Orbetello. At regular intervals, about 1 km, trails open up that lead directly to the homonymous and uncontaminated beach or by the lagoon. The part overlooking the lagoon is equipped with huts for ornithological observation. Inside the reserve there is both a path with wooden gymnastic tools, and a nature path for the blind. About halfway through it is possible to admire the stela in memory of  Caravaggio,it seems in fact that in1610 the famous painter was found dying on this beach and then died soon after.

After the pine forest of Feniglia you are in the Ansedonia area. As soon as you leave the pine forest the road is paved again, and you cross the bridge that we immediately find ourselves in front of. At this point we proceed in the direction of the SS1 Aurelia until you meet an old iron gate before the underpass of the railway line. Next to the gate there is a small access point for bicycles and pedestrians that allows you to take Via di Cameretta. This road is not a real cycle path, but the traffic is almost nil: you cycle safely enjoying the beautiful surrounding landscape. This part of the route is characterized by a typically marshy environment. At the end of Via Cameretta you will have to turn left and make a very short stretch on a rather busy road (therefore we advise you to get off the bike) until you reach the roundabout that will take you back to the bike path and allow you to return to the starting point.