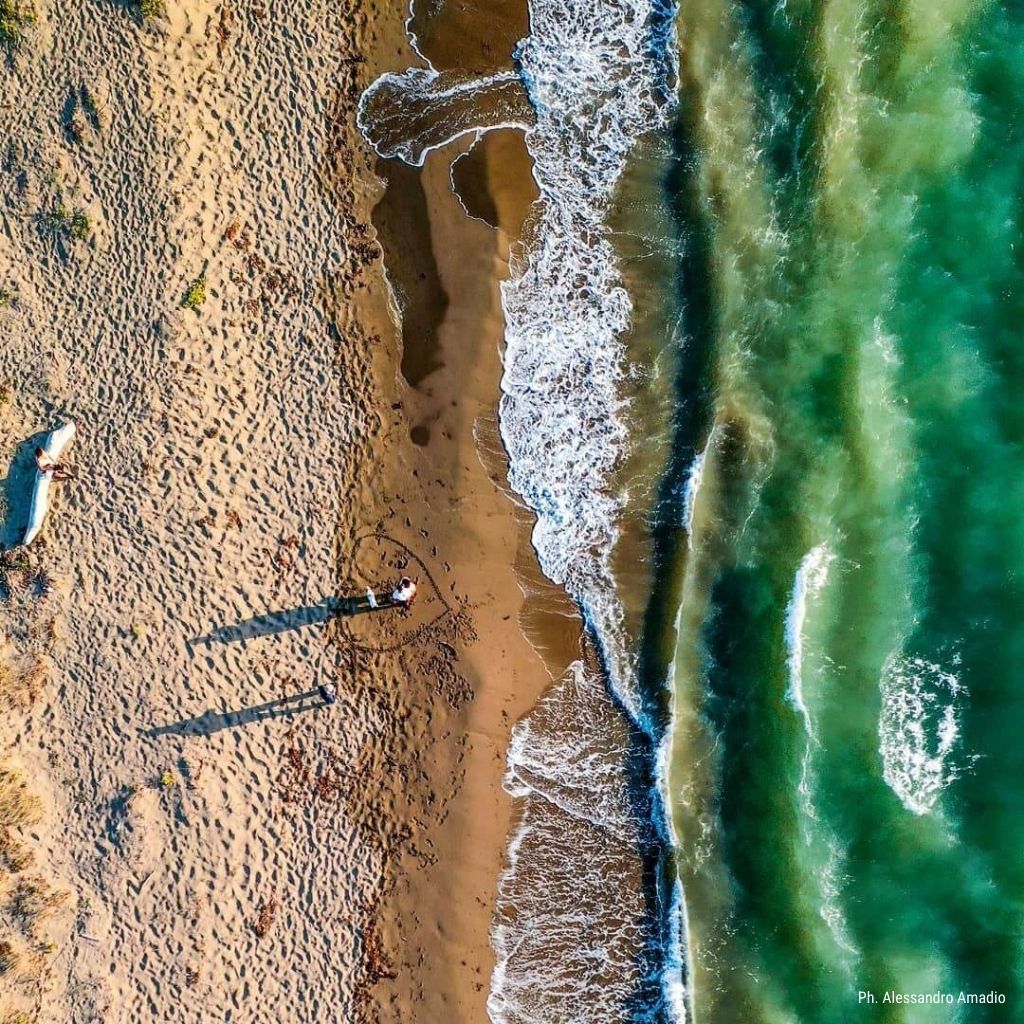 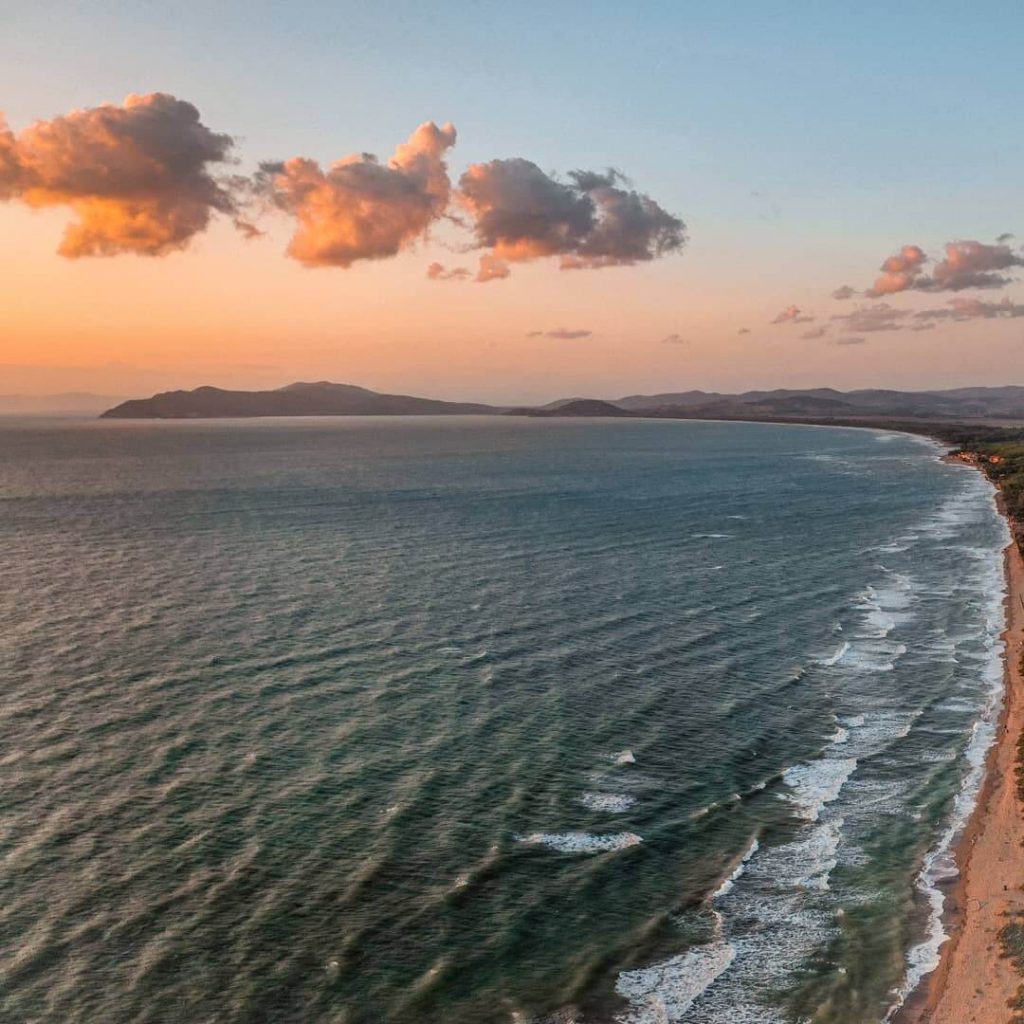 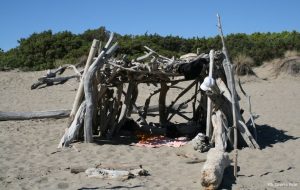 It is easily reachable: by having the Orbetello Dam, take the road to Porto Ercole and turn left to the first. The entrance is well marked with signs. Six kilometers of beach, both free and equipped. It’s also enclosed between Poggio Pertuso and Porto Ercole on one side and the promontory of Ansedonia on the other, with a splendid nature reserve behind it (passable only on foot or by bicycle). Also suitable for families with young children: clear and fine sand, shallow and clear water. It is always full of people being one of the most coveted beaches on the entire Silver Coast. On the Ansedonia side it is a little less crowded. 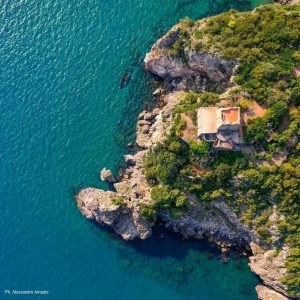 The easiest and fastest way to reach the Tagliata is from S.S. Aurelia: at the second exit of Ansedonia if you come from Orbetello or at the first if you arrive from Capalbio. You will immediately find a bathing establishment with bar and restaurant, but the free beach is not lacking. Sandy beach having as a peculiarity the context in which it is located, in fact it is flanked by the ancient Roman port of the city of Cosa “Portus Cosanus” (whose remains still emerge on the surface), located at the foot of the promontory where the colony stood, was the port of the city. The entire area adjacent to the port was equipped with important infrastructures in order both to create a safe place for boats, and to avoid the cover-up of the port itself and the lagoon behind it and it was precisely for this reason that at first (first decades of the second century BCC.) the power of the currents of an emissary of the lagoon and a large natural slit of the rock called “Slit of the Queen” was exploited. These channels were opened or closed depending on the seasons through vertical wooden walls that flowed into special grooves so that the forced current swept away the debris accumulated in the harbor basin. Later (early 1st century BCC.), the “Queen’s Slit”, most likely rendered unusable by a landslide, it was replaced by an artificial work today called La Tagliata “Etruscan”, it is a suggestive channel totally carved into the rock that extended for a path of about eighty meters from the sea to the lagoon, built to create a system that optimized the flow and reflux of water and kept the plants of the port of Cosa free from cover-up.  It is one of the works of high Roman hydraulic engineering, but mistakenly attributed in the past to the Etruscans, hence its name. On the shore of the Tagliata beach you will also find Torre Puccini, dating    back to the 15th century, which owes its name to the well-known Tuscan composer who loved to stay there and who found the right inspiration to create one of his most famous works: the Turandot. 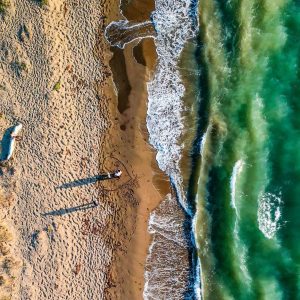 It can be reached: d to S.S. Aurelia go out to Albinia and follow the sign to Porto Santo Stefano. Eight kilometers of beach, both free and equipped, between the town of Santa Liberata and the locality Le Saline, with a dense pine forest behind it. It is ideal for families with young children: clear and fine sand, shallow and clear water. The most romantic will not be able to miss the sunsets that from this beach, given its location, are unforgettable!

It can be reached from the exit of the camping area of S.S. Aurelia (immediately after the town of Albinia). The beach, eight kilometers long and 15/20 meters wide, is between two rivers, the Oas and the Albegna, and is bordered by a lush pine forest (which offers a pleasant shelter from the summer heat) and a cycle path. The beach is in the camping area but is accessible to everyone. The sand is fine and golden in color and the sea crystal clear, especially on days without wind and clear sky.

It can be reached from the Fonteblanda exit of S.S. Aurelia. It is the beach of excellence for sailing sports (sailing, windsurfing and kite surfing) thanks to its geographical conformation: from April to October the thermal windblows, even of strong intensity, but the sea remains calm. The water is up to 200 m low from the shore with sandy bottom and out-of-date rocks.  In Puntone there is an important kitesurfing school where international champions also train. 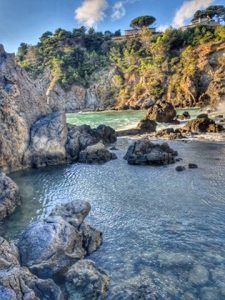 You will easily find it along the walls of the village to the right. A slight climb will lead you to the access staircase to the Bagno delle donne. Nestled among the rocks, gravelly beaches and clear water, it is an excellent base for snorkeling. There is also an equipped bathing establishment. 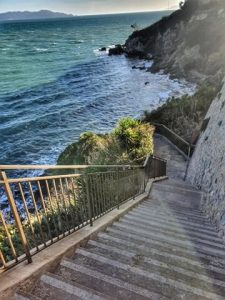 Accessible from the village, it is located right under the lighthouse. A steep staircase will lead you to it. It is not suitable for those who have small children. The beach is very narrow and gravelly, the bottom is rocky. The water, clear and deep, is great for those who love scuba fishing and snorkeling.