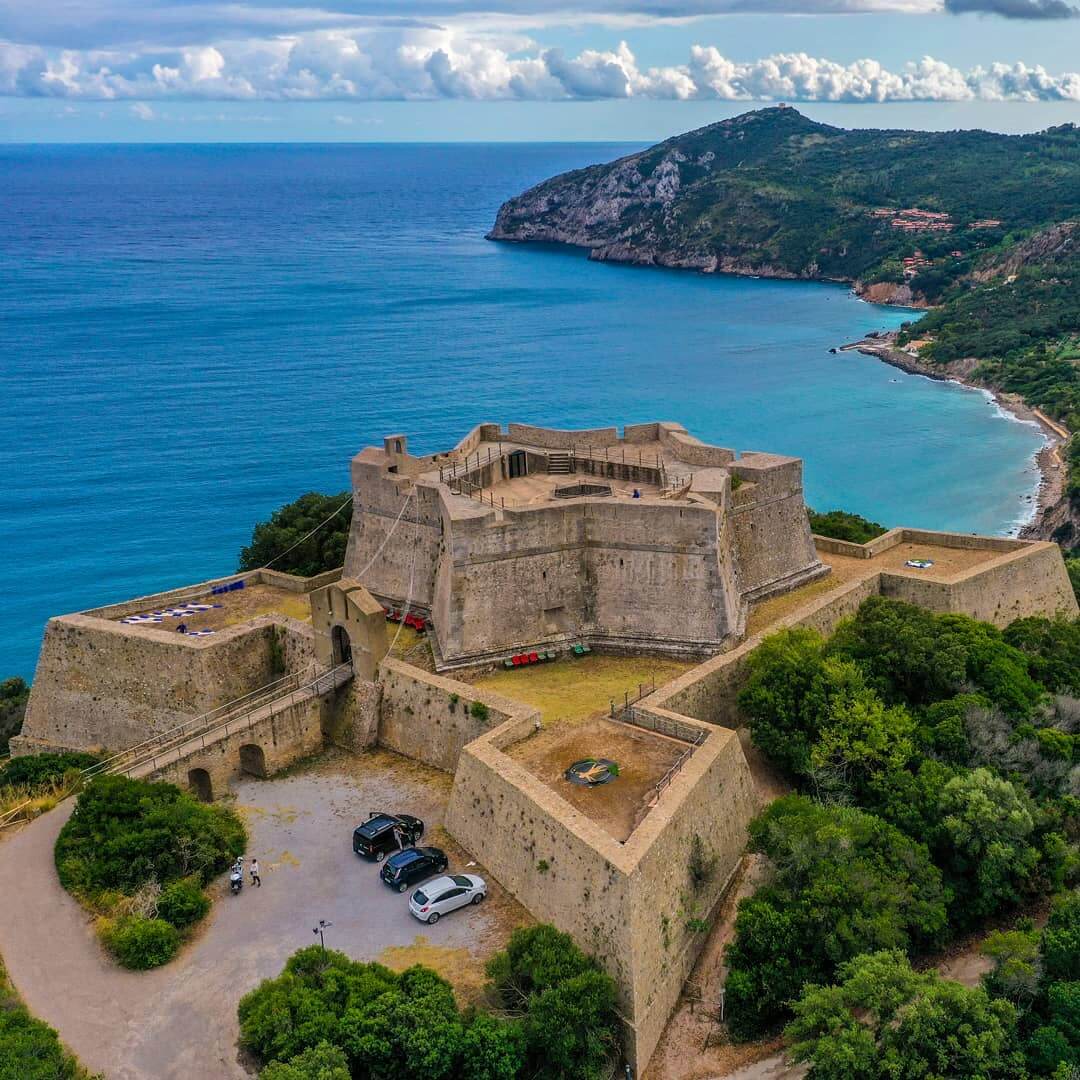 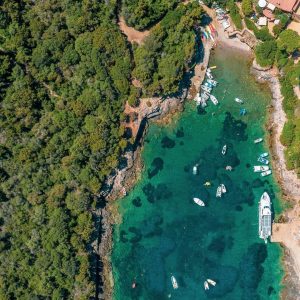 Monte Argentario, originally, was most likely an island. Later it was connected to the Tyrrhenian coast by the Feniglia and Giannella tomboli, formed by the accumulation of debris carried by rivers and sea currents.

The first human settlement on the Argentario certainly dates back to very distant times, as attested by the numerous archaeological finds both in the Grotta degli Stretti and in that of Cala dei Santi. Due to its geographical position, which sees it in the center of the Tyrrhenian Sea, the Argentario was considered by the first navigators to be a safe harbor. Of extraordinary strategic value, the promontory was equipped with sighting and signaling towers to cope with the constant danger of raids from the sea, including that of the pirate known as Barbarossa, who in 1544 plundered and sacked the village of Porto Ercole. The very first defensive works date back to the Bronze Age, but a real defensive system that affected the entire coast of the promontory began to take shape only in the 15th century, under the dominion of the Republic of Siena. However, without any doubt, the Spaniards have the credit for having transformed Monte Argentario into a mighty war machine with a formidable complex of fortifications in number and quality, superior to any other similar existing in Tuscany. Thus was born the State of the Presidi, which included Orbetello, Porto Ercole, Porto Santo Stefano and Talamone, to which, in 1602, the stronghold of Porto Longone, on the Island of Elba, was added. The promontory, entirely mountainous and characterized by high and rocky coasts, is covered by a dense Mediterranean scrub which alternates with the cultivation of olive trees, vines and fruit trees.

Of extraordinary beauty is the Panoramic Road which runs along the portion of the Argentario overlooking the open sea and which connects the two centers of Porto Ercole and Porto Santo Stefano, although currently, an interruption prevents it from being covered entirely by car. In addition to admiring the splendid panorama, you can glimpse, towards the sea, the remains of a series of coastal towers and you can walk to the suggestive and wild coves of the Argentario. 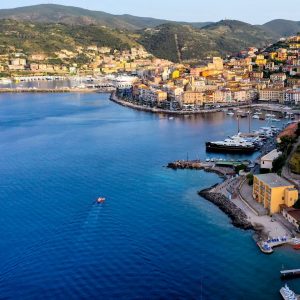 It is a well-known tourist resort, and is the capital and seat of the Municipal Council. The port is divided into old and new, and is the heart of tourist and fishing activities. From here the ferries that connect the promontory with the islands of Giglio and Giannutri leave. The activity of shipyards is also quite important. Porto Santo Stefano is also home to the Argentario Mediterranean Aquarium. 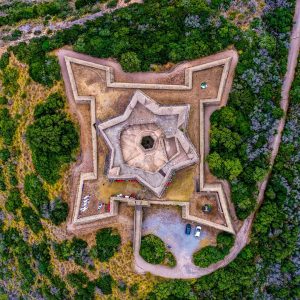 Porto Ercole is a charming seaside village on the eastern coast of the Argentario and a well-equipped tourist port. It overlooks a bay dominated by the mighty piers of the Spanish fortresses. In the nearby Cala Galera many pleasure boats call every summer attracted by the efficient facilities and services offered by this exclusive port.

Along the road that from Porto Santo Stefano leads to Orbetello, after passing the tip of the straits, we find on the right, well indicated by the signs, the provincial road that allows us to reach the summit of Monte Argentario. At 273 meters we find the Convent of the Passionist Fathers, already from the square you can admire the splendid panorama. The Convent, surrounded by luxuriant vegetation, was built in the late 1700s by the will of St. Paul of the Cross. The Passionist Fathers spread the memory of the Passion of Christ, live in community and lead a life of study, prayer and missionary activity. The complex consists of a conventual part and the church. The latter is of eighteenth-century style, with a neoclassical facade and internally decorated with baroque-style stuccoes. It preserves numerous relics of St. Paul and some important works. Currently the Convent is a place of peace, tranquility and great charm. On 12 December 2000, to the surprise and amazement of the monks present, he stopped to pray in the small chapel of the Convent Pope John Paul II. Getting back in the car and continuing the climb, leaving the Convent behind, you reach the summit of the Argentario, called Punta Telegrafo, at 645 meters above sea level. The panoramic spectacle is breathtaking, you can admire the islands of Giglio, Giannutri and in particularly clear sky conditions also the island of Montecristo.

After Elba, it is the second largest island in the Tuscan Archipelago, with an area of ​​21.2 sq km. The Island of Giglio is included in the province of Grosseto and constitutes a municipality in itself together with Giannutri. The island is distributed in three small inhabited centers: Giglio Castello, the ancient medieval town seat of the Town Hall, characterized by steep alleys enclosed by walls that culminate with the imposing Rocca Pisana; Giglio Porto, the island’s landing place and the hamlet of Giglio Campese which faces west on the largest beach on the island. The boarding line is from Porto Santo Stefano. 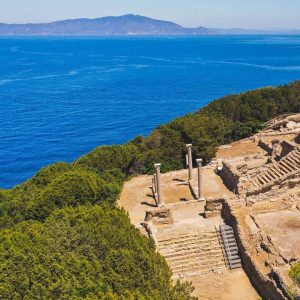 Giannutri is the southernmost of the Tuscan islands and emerges from the waters of the Tyrrhenian Sea as a white limestone crescent. Along the 11 kilometers of coastline, rocky cliffs prevail where caves and cracks originate from the action of the wind. The only landing points on the island are Cala Spalmatoio and Cala Maestra, which have two small pebble beaches. All around there are splendid seabeds rich in biodiversity where dolphins and whales frequently swim. There is no spring water and the few houses present are located around the marina and scattered in the scrub. However, the charm of nature prevails over the visitor and passionate hikers can enjoy enchanting sceneries along the various paths that go along the foothills towards Monte Mario and Poggio Capel Rosso. The island preserves the remains of the Roman Villa of the powerful Domizi Enobarbi family. Giannutri is almost exclusively private and inhabited in the summer; public services and businesses are almost non-existent. The scheduled boarding is from Porto Santo Stefano and Giglio.