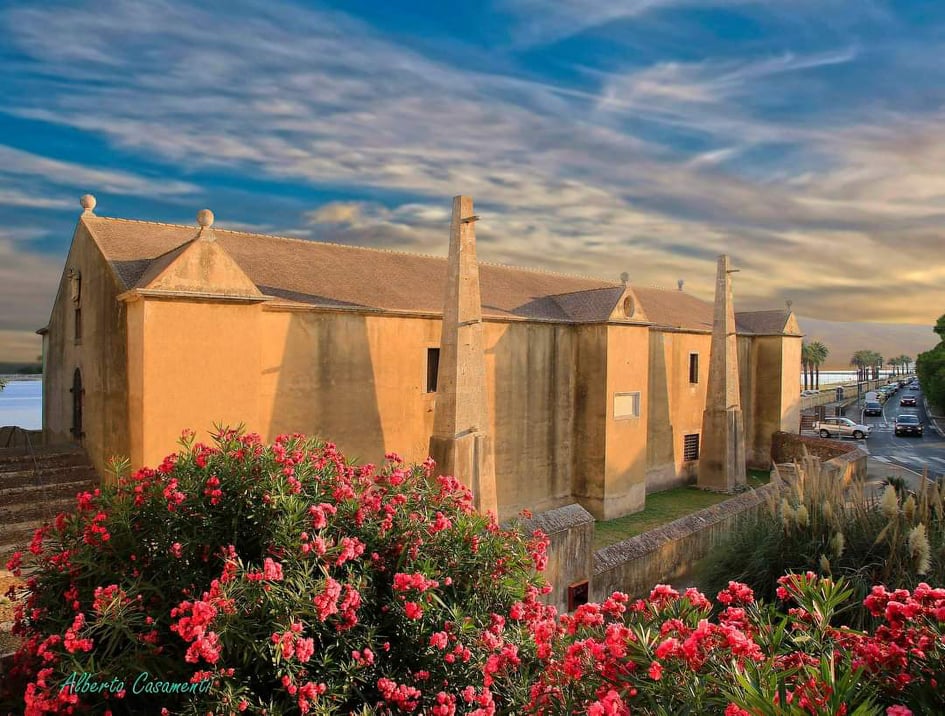 In Orbetello you will not only find beautiful and wild beaches with crystal clear water and unspoiled nature that lends itself to any type of sport, but you can also immerse yourself in a world of art and culture. We mention some of the things that you cannot possibly miss. 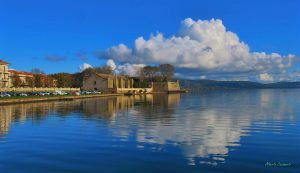 The former Guzman powder magazine was built by the Spaniards in 1692 and used as a powder magazine containing tons of explosives; in 1860, Giuseppe Garibaldi, who reached Orbetello after landing in Talamone, supplied himself with ammunition for the Expedition of the Thousand (eleven Orbetellani offered to follow him in the enterprise). Today it houses the Archaeological Museum of Orbetello. The municipal archaeological collection is located inside the powder magazine. The exhibition, characterized by a strongly didactic and typological setting, houses the rich archaeological remains of the area with finds of particular value coming from Orbetello (kits from the Etruscan necropolis located on the isthmus) and from Talamone (grave goods, votive cabinets of the Vivarelli and Military Genius Collection with miniature and life-size agricultural weapons and tools), mostly found in the 1800s and early 1900s. The second section, which will occupy the ground floor of the Guzman powder magazine, will instead be dedicated to the results of the most recent excavations and to the documentation of the numerous Roman complexes in the area. 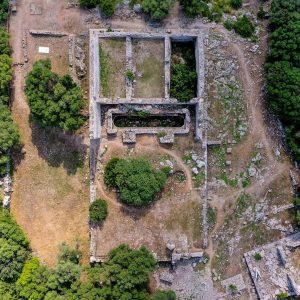 In Ansedonia, in the archaeological area of ​​Cosa, above the perimeter structures of a Roman house, the National Museum of Cosa was built in 1981, the result of a collaboration between the Italian State and the American Academy in Rome, which elected the ancient Latin colony of Cosa as a privileged place for its research activities. At the beginning the museum had a single room dedicated to the most significant finds, mainly coming from the Arce, the Forum and private homes. Of particular interest are the clay decorations of the temples on the Arce, as well as examples of ceramics, glass and objects in metal and ivory relating to the instrumentum domesticum. With the expansion in 1997, the exhibition area was doubled, with the addition of two new rooms: the first is dedicated to the port area and trade, as well as to the findings in the necropolis surrounding the city; the second, on the other hand, contains the testimonies relating to later stages of life, which document the attendance of Cosa at least until the 15th century. The exhibition is completed by some materials referable to the centuries following the abandonment of the city (1st century BC, abandonment contemporary with the birth of large villas connected to extensive estates), up to the transformation of the Arce area into a military garrison (5th-6th century . AD) and the subsequent castle, which appears among the possessions of the Abbey of the Tre Fontane in Rome (10th century AD), to arrive at evidence of the 13th-14th century.

The Temple of Talamonaccio is located on the hill of Bengodi (also called Talamonaccio) on the eastern end of the bay of Talamone. To reach it, from Talamone you will have to arrive in the town of Fonteblanda and continue towards the Aurelia towards Rome, as soon as you have entered the Aurelia, take the road that you will find immediately on the right, follow it up the hill and leave the car at the point where a large clearing is created, on the right the asphalted road continues to climb, while on the left an unpaved path opens up. The Etruscan temple is immediately on the right a few meters after taking the unpaved path, climbing a few meters on the top; if instead you continue along the path, you will be able to admire a magnificent panorama that from the bay of Talamone stretches to the Argentario, the islands of Giglio and Montecristo and the sunset with the sun going down into the sea behind Talamone. The Temple of Talamonaccio was built by the Etruscans in the 4th century. B.C. in honor of the God Tinia and a Goddess whose name we do not know. It was more than 20 meters long, 12 wide and 4 high. A staircase led to the Pronao where there were 4 columns, behind which there was the cell that housed the statue of the divinity. The front of the temple faced the sea and the whole building rested on a stone base whose remains are still visible. You can also see the bases of some columns, the partial remains of the cell, the ruins of the sacred area and the cistern on the left side. The Temple of Talamonaccio was probably destroyed and burned in the 1st century BC. during the fights between Silla and Mario. The discovery instead took place in 1889 during the construction of a military fort, even if the excavation campaign took place only between 1962 and 1969. The most beautiful and important thing about this temple that has come down to us, is the magnificent pediment, known as Frontone di Talamone. This splendid terracotta ornamentation was placed on the rear facade of the temple and represented the myth of the Seven against Thebes. It is currently kept in the Archaeological Museum of Florence.

The villa of Settefinestre, located in the hamlet of Giardino, between Capalbio and Orbetello, in the so-called Valle d’Oro, is a late Republican villa owned by the senatorial Sestii family. Built in the 1st century BC with a dual function, residential and agricultural, it was arranged on various terraces that went up from the turreted fence wall to the top of the hill where the central body of the complex stood, based on an internal system of galleries or cryptoporticos, opening onto the valley with a prospect architecturally fenestrated which probably gave its name to the place. The central body or pars urbano, was divided into two districts, luxuriously decorated with floor mosaics and frescoes, while in the pars rustica there were the plants for the production of oil and especially of wine, on whose trade the proceeds of the company. In the Trajan age the villa underwent a complete productive reconversion and the original activities were replaced by the breeding of slaves and pigs and perhaps of poultry and game. Despite the conversion, the villa did not survive the age of the Antonines. The estate probably flowed into the imperial estate, the fields were gradually abandoned and the buildings stripped of everything that could be reused elsewhere.

The Forte delle Saline is located on the mouth of the Albegna river, has a quadrilateral structure that incorporates a covered tower. The fortification was built by the Sienese in the second half of the 15th century and, in 1630, by the will of Philip IV of Spain, a fort, bastions and a moat with an adjoining drawbridge were added to it. The fort was placed in a strategic position, in fact from here the nearby salt pans, the river port, the traffic of the Via Aurelia and the passages on the Tombolo della Giannella were controlled. Today it is used as the Archive of the Superintendence. 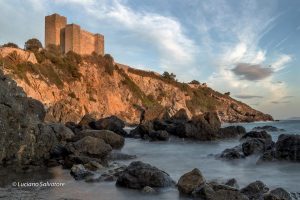 Rocca Aldobrandesca, a medieval fortification built in the mid-thirteenth century by the will of the Aldobrandeschi, it served as a sighting and defense function on the port below. In modern times the fortress was the meeting point for the volunteers who embarked from Talamone for the Expedition of the Thousand following the temporary landing of Giuseppe Garibaldi.