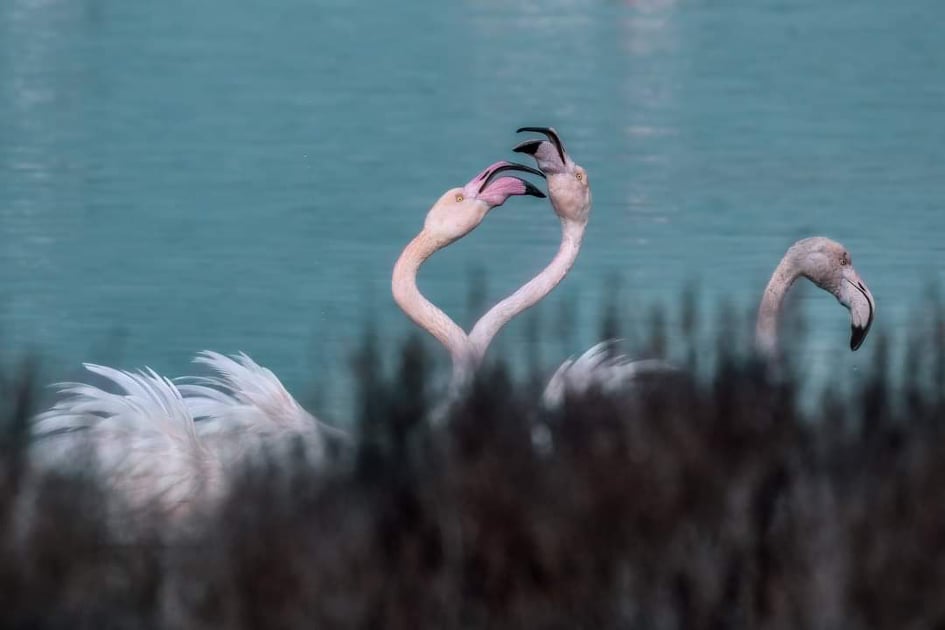 Choose your vacation, In Autumn 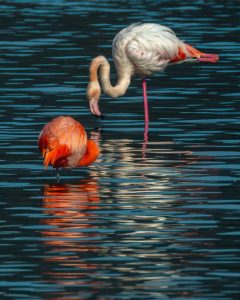 Another reason to choose Orbetello and its lagoon in the autumn period is to fully enjoy the uncontaminated nature, in fact, in addition to being able to follow naturalistic itineraries such as the Feniglia Nature Reserve, the WWF Oasis and the Maremma Park in complete tranquility and far from the summer chaos, extraordinary in this period is also the increasingly widespread practice of BIRDWATCHING. In this regard we cannot fail to mention flamingos, who have been coming to Orbetello for 25 years now and are a real spectacle of nature. The Laguna di Ponente is tinged with pink from autumn to spring. The maximum attendance is usually in December. The morning is the best time to spot them, in compact spots. Then there are 2/3 days a year when the Lagoon of Ponente really becomes all pink for the massive presence of flamingos. A rare and unforgettable but, unfortunately, unpredictable sight. Some specimens are present all year round, although here they have nested only once. For a “close encounter” of pink flamingos we recommend the ornithological paths of the WWF Oasis of the Lagoon of Orbetello. You can observe them very closely using the many huts equipped for bird watching. If, on the other hand, you are content to observe them a little further from afar, without effort, you can take the road that starts from Orbetello  Scalo (by car, by bike, on foot, in short, as you want) and that runs along the entire Lagoon of Ponente. 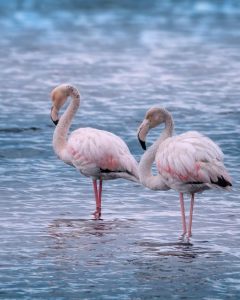 Especially in the first section, the one in front of the hospital, you will certainly notice some of them. Another sensational thing is the arrival of hermit IBIS. Just remember how at the end of August 2020, 26 young specimens of hermit ibis, departing from the Camp Brunn training camp in the Salzburg region, were engaged in their seasonal migration to the Lagoon of Orbetello, the third after more than 400 years of absence from the skies of Europe. It took four centuries to remedy the misfortune that hunting pressure had made of this majestic migratory species, practically erased from the face of the old continent. Only three years ago, thanks to the European project “Reason for hope”, in which Italy also collaborates, represented by the Parco Natura Viva  in Bussolengo, the ibis were reintroduced and their adventurous seasonal migration over the Alps and the Apennines was able to resume. The damage of centuries, however, is not recovered in a handful of years, and the young ibis have yet to memorize the invisible paths of the sky that their ancestors walked by atavistic memory, from south to north in spring and on the reverse route in autumn. For this reason there were two exceptional “flight attendants” to accompany them: the researchers Anne-Gabriela Schmalstieg and Corinna Esterer, who led the flock aboard their ultralight aircraft so that the birds could memorize the route and return alone to Austria with the spring migration. The arrival of the ibis in Orbetello took place in the early days of September.